Home » Did You Know » What is Point Nemo?

In today’s column of “Did you know“, we chose to present to you one of the most interesting geographical curiosities in the world.

The farthest point from emerging land on Earth and the most isolated location on the planet is called Nemo, which is its scientific term for the “ocean pole of inaccessibility”.The name Nemo comes from Latin and means “no one”, but according to the US National Ocean Service, it was named after Jules Verne’s famous book Twenty Thousand Leagues Under the Sea.

When was Point Nemo discovered?

Point Nemo was discovered in 1992 through a process of deduction. Hrvoje Lukatela is the engineer who located this place using a computer program that calculated the coordinates that were the furthest away from three equidistant terrestrial coordinates.

Where would you find Point Nemo? 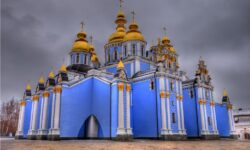 This remote location is located in the Pacific Ocean at coordinates 48°52.6′S 123°23.6′W. Ducie Island is the closest inhabited land point to the north at over 1,688 miles (2,688 km), then Motu Nui to the northeast, and Maher Island, part of Antarctica to the south.

Is Point Nemo an island?

No, Point Nemo is not an island. It is the location in the ocean that is farthest from land.

How deep is the water at Point Nemo?

What is Point Nemo used for?

Due to the fact that it is the farthest place from any human settlement and any shipping route, the area around Point Nemo is used by the space industry. This location is used by space agencies to calculate the re-entry trajectory during the de-orbiting process. As a consequence, this location became a spaceship cemetery. Also, Point Nemo is much closer to the astronauts from the International Station (only 245miles / 400 km) than to a piece of land on Earth.

Is there life at Point Nemo?

Point Nemo has been described by scientists as the least biologically active region. However, in 1977, some strong underwater sounds were recorded with the help of underwater microphones located 2,982 miles (4,800 km) away. No scientific explanation has yet been found for those sounds.

How long does it take to get to Point Nemo?

The Land That No One Owns