Home » Cool Lists » Top 16 Most Expensive Chocolates In The World

If you are a fan of sweet treats and especially chocolate, then you’ll definitely be interested in learning a few things about the most expensive chocolates in the world. Due to its widespread popularity and appreciation, it comes as no surprise that the chocolate recipe has been subject to adaptation and modification over time, as culinary experts strived to create the perfect cocoa-based treat. As with all other gastronomical delights, the price of chocolate is linked directly to its exclusivity and quality. That being said, we invite you to have a look at our top 16regarding the most delicious and expensive chocolates in the world.

His chocolates are known to be quite pricey but absolutely delicious.

At $65 per pound, the chocolate made in the French factory named La Maison du Chocolate is the second cheapest in our top 16, but quite delicious nonetheless. This factory was founded in 1955 by Robert Linxe, and its most famous product is a chocolate éclair that was launched in 1990 in the city of New York.

This luxury chocolate brand expanded gradually over the decades, and it now boasts several shops in some of the most important cities in the world, including Hong Kong, Tokyo, Cannes, and London.

Vosges chocolates are highly appreciated for their original recipes and daring combinations of ingredients. The finest example we can think of is the Vosges Bacon Chocolate Collection, which boasts a sublime mix of dark milk chocolate, bacon truffles, and Valrhona cocoa powder or hickory smoked bacon pieces. Can you imagine the deliciousness?

Other impressive examples include the Naga, which is made using milk chocolate, coconut, and Indian Curry. Third, on our list of the world’s most expensive chocolates, the Vosges chocolate is priced at $69 per pound.

Teuscher is a renowned Swiss Chocolatier that is best known for its delicious Champagne Truffles. All Teuscher chocolates are made entirely by hand by chocolate experts before being retailed in a wide variety of stores across the world. For just $75 per pound, you could enjoy some of the most exquisite handcrafted chocolate products in the world.

Richard Donnely is a talented chocolatier that established his brand Donnely Chocolates in 1988. Richard studied the art of making chocolate by hand for many years with experts in Brussels and Paris, and his incredible skill and dedication earned him several impressive awards such as the Best Artisan Chocolate at the Perugia EuroChocolate festival in 1998.

The most popular products signed by Donnelly Chocolates include chocolate bars, truffles, cakes, cookies, and more. The price for a pound of Richard Donnelly chocolate is approximately $76.

The Chuao Chocolatier was founded in 2002 by the Antonorsi Brothers, its name is inspired by the Chuao cacao-growing region. The company is well known for producing sublime chocolate products that boast unique and sometimes unusual combinations of ingredients, including chipotle, popping candy, cayenne pepper, and chili paste. Moreover, all Chuao products are made without the use of preservatives, which is always a big plus in our book. Highlights include vegan chocolate, hot chocolate, and wine chocolate but also brownie mixes, baking chocolate, and bonbons. The price usually revolves around $79 per pound.

Considered to be one of the finest chocolate producers in the world, Amedei was founded in 1990 in Tuscany, Italy. The name of Porcelana comes from the fact that the cocoa beans used in the chocolates have a porcelain-like color, being some of the rarest and most expensive of all beans in the world.

Due to the rarity of these cocoa beans, Amedei produces about 20,000 bars a year from this cocoa bean. The price for AmedeiPorcelana bars is $90 a pound.

Debauve&Gallais prides itself with a rich historical heritage and vast chocolate making experience since it was founded in 1800 by SulpiceDebauve himself. The delicious chocolate products bearing the brand of Debauve&Gallais are made using natural ingredients exclusively, without preservatives or dyes. In addition, these sublime sweets are produced using low quantities of sugar and high quantities of high-end cocoa, while other ingredients include Perigord nuts, Piedmont hazelnuts, Spanish almonds, and Turkish raisins.

Pierre Marcolini takes a keen interest in the entire production process of his chocolate by overseeing each step and making small modifications where he deems it necessary. The delicious chocolates of Pierre Marcolini are highly appreciated in the US for their amazing flavors.

To satisfy the tastes of all of his potential customers, Marcolini strives to perfect his chocolate making process and is constantly enhancing his recipes. Furthermore, his products come in a wide variety of tastes and textures, most bearing a price tag of $102.50 per pound.

Richart Chocolates is a well established chocolatier that begun its activity in 1925 in Lyon, France. These fabulous chocolate products are half culinary delights, half works of art, and they are currently being retailed in a vast selection of stores found all over the world.

Packaging plays a very important role in the popularity gain of these delicious treats, especially if we’re talking about assortments for special occasions. Richart chocolates are usually priced at $120 per pound.

The “G” Collection of chocolates includes a sublime selection of treats that are made using the highest quality ingredients including Tasmanian Honey and Palet d’Or. The Godiva Chocolatier was founded in Belgium in 1926, and it currently owns over 600 boutiques and shops spread across the entire globe.

The “G” Collection was envisioned by a highly skilled pastry chef named Norman Love, and it comprises a selection of 15 high-end chocolate pieces, which you can savor in full for just $120 per pound.

Another chocolate maker that is known for using some of the rarest cocoa beans is the Ecuadorian chocolate company To’ak. Art Series edition costs $450 for 50 grams and is made from cocoa beans that are aged for four years in a French oak cognac cask.  Another reason for the high price is the fact that only 600 pieces are produced per year, which are sold in the United States and the United Kingdom.

Not many can afford to spend $508 per pound on chocolate. Delafee is one of the most luxurious chocolate brands in the world, and its products involve two very important ingredients, namely edible 24-karat gold flakes and high quality cocoa beans. The gold flakes are applied manually on each chocolate bar for a touch of exclusivity and fine taste, while other components such as vanilla, milk powder, and coconut oil ensure an unforgettable taste that rouses the senses.

Even though the American chocolate company named Noka Chocolate went out of business in 2011, its exquisite Vintages Collection is still remembered and appreciated as one of the most incredible selections of sweets in the world.

The chocolates included in the collection were made with ingredients that originated in the Ivory Coast, Trinidad, Venezuela, and Ecuador. In 2006, Forbes listed the Noka Vintages Collection as one of the world’s most expensive chocolates, and we are not surprised, as a pound of Vintages chocolate came with a price tag of $854. Consequently, the founder of the company described its products as “not for the faint of heart or pocketbook”.

In 2009, the famous chocolate company in the world Cadbury decided to relaunch their classic Wispa Gold bar with a price tag of $1600. Wrapped in an edible gold leaf, this limited-edition bar was made with premium Madagascan cocoa beans. If you can not afford it, then you can always find more affordable versions of the bar.

Finally, we come to describe what might well be the most expensive chocolate in the world – the delicious Chocopologie by Knipschildt. Fritz Knipschildt founded the Knipschildt Chocolatier in 1999, and its most expensive product is a fantastic dark chocolate truffle that contains another French black truffle. The price for this exquisite culinary masterpiece is $250 apiece, adding up to $2,600 per pound.

The truffle is made using Valrhona cocoa blended with truffle oil, the result being hand-rolled around a dark truffle before being sprinkled with cocoa powder. Sounds delightful, right? 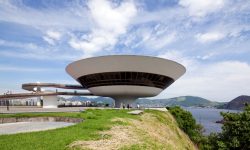