Ronda – The City Of Castles

The magnificent city of Ronda can be found in Malaga province of southern Spain, and it is probably one of the most culturally rich and most beautiful cities in the world. With a population of just 35,000 inhabitants, Ronda is a medium-sized city at best, which makes it a perfect destination for tourists and history enthusiasts alike. Also known as the “City of Castles”, Ronda encompasses architectural influences borrowed from Arabic, Roman, Phoenician and Celtic cultures.

Due to the fact that it is nestled within a highly mountainous area, this lovely city is also one of the most picturesque in the country, not to mention the fact that it is actually split in 2 by the Guadalevín River. The river is also responsible for the creation of the over 328-foot deep El Tajo canyon that the city overlooks. Naturally, since the geography of the site is somewhat inhospitable, Ronda is linked by 3 separate bridges that also happen to represent some of its most notable attractions. The Puente Nuevo is the tallest of the 3 because it was perched 390 feet above the aforementioned canyon, and even though its name states that it is the “New Bridge”, Puente Nuevo is actually quite old as it was built between 1751 and 1793. Designed by the architect José Martin de Aldehuela, the bridge has a chamber located above the central arch that was used during the civil war (1936-1939) as a torture chamber. The other 2 bridges are called Puente Viejo (Old Bridge), which was built in 1616,  and Puente Romano (Roman Bridge).

Since we’re talking about a Spanish city with deep historical roots, it might not surprise you to find out that Ronda is the host of an annual bullfight called Corrida Goyesca, which also attracts a fair number of local and foreign visitors. The event takes place at one of the oldest bullfighting arenas in Spain:  Plaza de Toros de Ronda, which was built in 1784 by José Martin de Aldehuela following the principles of the Neoclassical architectural style. With a rather small arena, the Plaza de Toros de Ronda was built entirely of stone and has seats for only 5,000 spectators while the bull ring itself has a diameter of 66m, which makes it one of the largest bullrings in Spain. If in the past this place gathered all noble families for the show, nowadays people can go to visit the museum that contains many of the important outfits, bullfighting regalia, and the impressive collection of weapons, which was used by Real Maestranza during wars.

History enthusiasts might also wish to visit the renowned Arab Baths that sit beneath the city and date back to the 13th and 14th centuries. Back in those days, these baths were used both for relaxation and as a religious tradition for the purification of body and soul before entering a Mosque. Built underground to better control the temperature, the Arab Baths includes three different rooms with specific roles: the cold room where people could cool down, the warm room where people could be pampered and get massages, and last but not least, the hot room which was the sauna itself.

Another monument that should not be missed is Ronda’s most important religious moment called the Church of Santa María La Mayor. With a controversial history, this beautiful church was originally built in the 14th century as a Muslim Mosque and was partially destroyed during the 1580 earthquake. The church that can be seen today is a replacement that combines the Gothic and Renaissance style together with a large number of Baroque details.

Whether you’re looking to admire its breathtaking views or you just want to take a closer look at its historically significant landmarks, Ronda will always surpass all of your expectations. 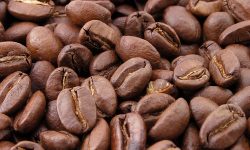