Home » Did You Know » Marie Curie’s Lab Notebooks Radioactive For Another 11,000 Years

Updated March 31, 2022. Marie Curie was an absolutely impressive woman and a scientist who opened new horizons in the field of chemistry, physics as well as in biology, and medicine. She is famously known for inventing the term ‘radioactivity’ after discovering the two elements called polonium (Po) and radium (Ra). Furthermore, Marie Curie was the first woman to receive a doctorate in science in France, which paved the way for women to pursue scientific careers, as well as the first woman to win the Nobel Prize twice. 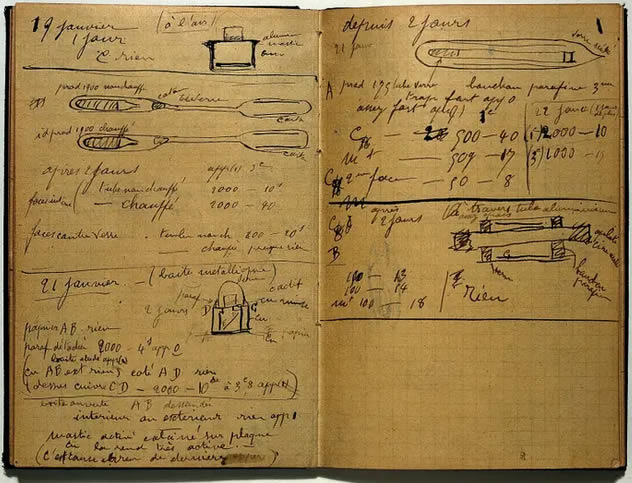 All notebooks of Marie Curie and many of her personal belongings were exposed to radium (Ra-226), which might break down by 90% in about 5,000 years. However, this does not mean that they will be safe then. After 5,000 years, the radiation will still exist because over time the radium decomposes, forming other reactive elements that can penetrate through the skin and can damage the human body.
The radiation will stop only when the radium reaches the formation of the stable and non-radioactive element of lead (Pb-206), a process that would last about 11,200 years.

Where are Marie Curie’s notebooks now?

The notebooks of Marie Curie are carefully stored in lead-lined boxes at France’s Bibliotheque Nationale, and they can only be seen in special conditions. First, the visitor has to sign a liability waiver and wear protective gear.

Yes, Marie Curie’s body is still radioactive, which is why it was put in a coffin lined with almost an inch of lead.

How long is Marie Curie radioactive?

Where did Marie Curie get her doctorate degree?

Did you know that Marie Skłodowska Curie became the first woman in France to receive a doctoral degree? She defended her doctoral thesis on radioactive substances at Université de la Sorbonne in Paris on June 25, 1903.  Source: The Nobel Prize 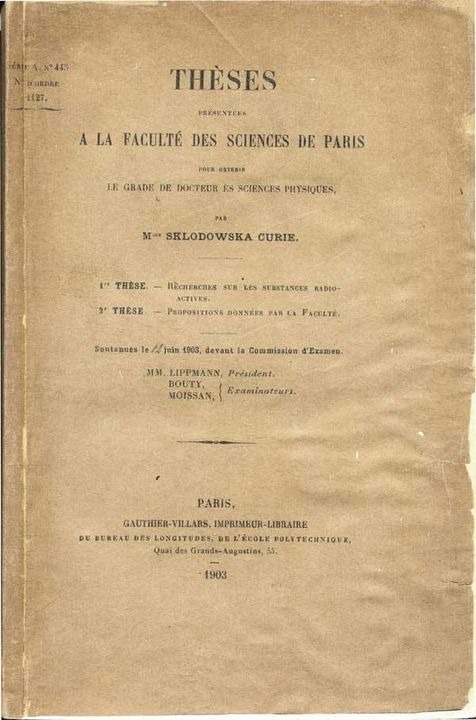 Why was Marie Curie buried twice?

In 1934, Marie Curie was buried with her husband in the Sceaux cemetery in southern Pari. But in 1995, her remains were transferred to a special mausoleum in Paris called the Panthéon, where are the remains of France’s most esteemed dead. When they were taken out of the cemetery, the specialists detected an extremely high level of radiation.

Where is Madame Curie buried?

Marie Curie died in 1934 at the age of 66 years old of aplastic anemia, a condition caused by exposure to polonium and radium. She is buried in Panthéon, Paris, France.

The Longest And The Greatest Duration Of A Single Lightning Flash