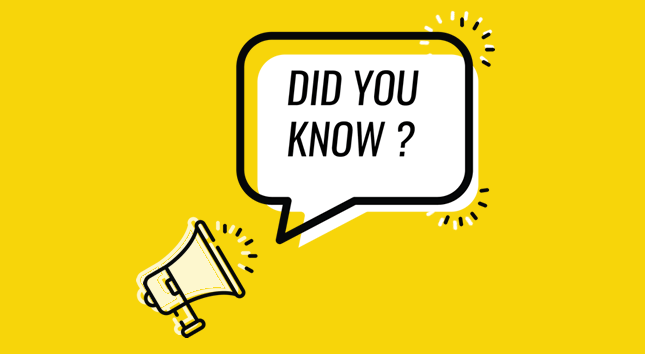 Mankind has always been curious about everything around us, and in order to satisfy this desire to know and discover, it has tried the craziest experiments. One of these experiments was the one called the Kola Superdeep Borehole.

The Kola Superdeep Borehole is the deepest artificial hole on Earth, and it is a result of a project started by the Soviet Union in 1970. The purpose of the project was to find out more about the contents of the planet’s crust and to try to drill as deep as possible into the earth’s crust.

Thus, on May 24, 1970, the USSR decided to start drilling in the Kola Peninsula, which is located near the Russian border with Norway.

How deep is the Kola Superdeep Borehole?

How did they drill the Kola Superdeep Borehole? 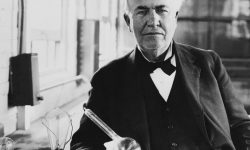 Read also : The Most Famous Business People Of The 19th Century

What was found in the Kola Superdeep Borehole?

The first thing discovered by digging Kola Superdeep Borehole was the existence of water 7.45 mi (12 km) deep in the Earth’s crust. This astonished scientists who continued to research the water’s source. According to them, the water came from minerals and was prevented from reaching above by a layer of impermeable rock.

Another discovery was the microscopic fossils of 24 species of dead single-celled organisms, and a large quantity of hydrogen gas. The researchers described the mud in the hole as “boiling” with hydrogen.

How long did it take to dig the Kola Superdeep Borehole?

Why did they stop digging the deepest hole in the world?

What is the temperature at the bottom of the Kola Superdeep Borehole?

Can you visit the Kola Borehole?

Yes, you can visit the Kola Superdeep Borehole. It is located 10 kilometers north of the town of Zapolyarny, in the Pechengsky District of Murmansk Oblast, Russia, and the best suitable way to travel to it is by car.

Has anyone been to the mantle?

Although there have been many attempts, no one has ever drilled into the mantle. Not yet!

What are the other deepest holes in the world?

In the top of the deepest holes in the world, the Kola Superdeep Borehole is the first, being followed by:

Deepwater Horizon is known for drilling the deepest oil well in the world at 35,050 ft (10,682 m), but also for the disaster caused in 2010 when nearly five million barrels of oil spilled into the Gulf of Mexico.

Situated in Washita County, Oklahoma, the Bertha Rogers hole has a depth of 31,441 feet, which was reached in 1974. The drilling aimed to search for natural gas deposits.

KTB Borehole was a german project in Windischeschenbach, Bavaria. Drilled between 1987 and 1995, the KTB Borehole reached a depth of 29,859 ft (8,796 m) and stopped due to a high temperature of over 500°F (or 260°C). Now, the KTB Borehole is one of the major German tourist destinations.

In 2018, the Geothermal Engineering company began drilling a hole in Cornwall, England. The hole, which was intended to supply electricity from underground hot rocks, reached a depth of 16,000 ft  (4,876 m) in 2019.

As part of the program called Integrated Ocean Drilling, Chikyū was drilled in Japan to study the seafloor environments. The drill started in January 2002, and by April 2012, the Chikyū reached a depth of 25,400 feet below sea level.

The IceCube Neutrino Observatory can be found in Antarctica, at the Amundsen-Scott South Pole Station. This hole was drilled to detect subatomic particles as neutrinos and reached 8,000 ft (2,438 m ).

Bingham Canyon Mine is not a hole per se, but it is known as the deepest open-pit mine in the world, and the most productive copper mine in history, having a depth of 4,000 ft(1,219 m).

As the previous hole, Chuquicamata is also popular for its production of copper. It is located in the north of Chile and has early 3,000 ft (913 m) deep.

Who Owned The Most Slaves In US History?

Top 19 Largest Libraries In The World 1

The 25 Best Perfumes In The World 7

47 Of The World’s Deadliest Commercial Airline Crashes in History

The Weirdest And Most Bizarre Cars Ever Made 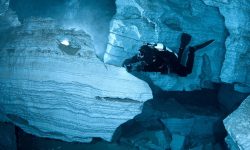